What do you grow in yours?

An abridged version of this article has just appeared in the Oxfordshire Master Composter's newsletter, but you can read the full length version here!

As Master Composters we get the occasional question about what to do with finished compost. Even people without a garden can put it to good use, refreshing the compost in which their houseplants live. Otherwise there’s the option of a little guerrilla gardening, or finding a friend who can use it. ‘Disposing’ of compost is not a problem for keen gardeners - it has so many uses that it's simply not possible to make enough of the stuff. You can use it to feed plants or to improve the soil, as a surface mulch to do both and keep the weeds down at the same time, or as the nutritious bit of a potting mix for container plants.

And so when it comes to compost, we have to do some triage and use our compost where it will do the most good. This year that may well mean improving that waterlogged patch of soil that just won't dry out. Some years it means using it to lighten up the clay soil so that it doesn't crack like a dried up river bed when there's a hosepipe ban. Feeding hungry plants like fruit bushes, squashes and sweetcorn is often a priority.

So what do you grow in yours? The compost from my garden has a slightly more exotic life than most, I suspect. When other gardener's thoughts are turning towards tomatoes, I'm sowing physalis, the golden berries in papery husks that look very posh in the fruit bowl and make tasty pies and jams. One year soon it will be the very spiny litchi tomato (or Morelle de balbis). Harvesting them will be a labour of love, but the plants are hardier than normal tomatoes and might survive the winter outside.

I love spuds, but they're not the only tubers growing in my compost. Andean oca is a regular, throwing up clover-like foliage in discrete clumps, then following on with a harvest of brightly-coloured and slightly lemony tubers after the first frosts hit in the autumn. Yields are not yet impressive - the plant is still adjusting to life in the UK. But that's OK, the potato took a while to get settled in as well.

If it’s something slightly more reliable you’re after then have a look at Chinese artichokes. Related to mint, and with the same rather spreading habit, they’re an easy plant to grow. Like Jerusalem artichokes and horseradish, they’re one to consider growing in a container if you think you might ever want to eradicate them from your plot. Chinese artichokes produce small and strongly ridged tubers that are a beautiful pearlescent white. Some people think they look like fat white grubs you may encounter during a bush tucker trial, but Chinese poets apparently liken them to pale jade pearls, and I like to think of them that way.

My passion for growing unusual plants has been a fascinating journey, and I have met lots of interesting characters along the way. I have interviewed many of them for my latest book, which I am self-publishing as an ebook. Jade Pearls and Alien Eyeballs is a guidebook of sorts, telling the story of unusual edible plants and the people who choose to grow them. Although we tend to think of our desire for novelty as a modern obsession, in fact people have been moving plants across the world since ancient times, and so I also take a look at the journeys some of our favourites have made from their homeland to our gardens and kitchens.

Where do the alien eyeballs come in? You’ll have to read the book to find out! It’s available to preview at Smashwords, and you can order a copy there in a wide choice of formats (including PDF for those of you without an e-reader). RRP is US$2.99, but Master Composters can save 10% by using the coupon code HB84T.

The volunteers are trained by Garden Organic (the leading organic growing charity), who also provide ongoing technical and administrative support. 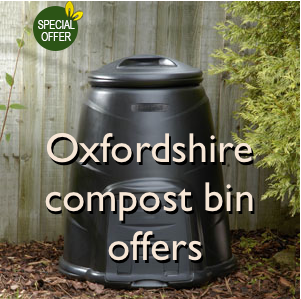